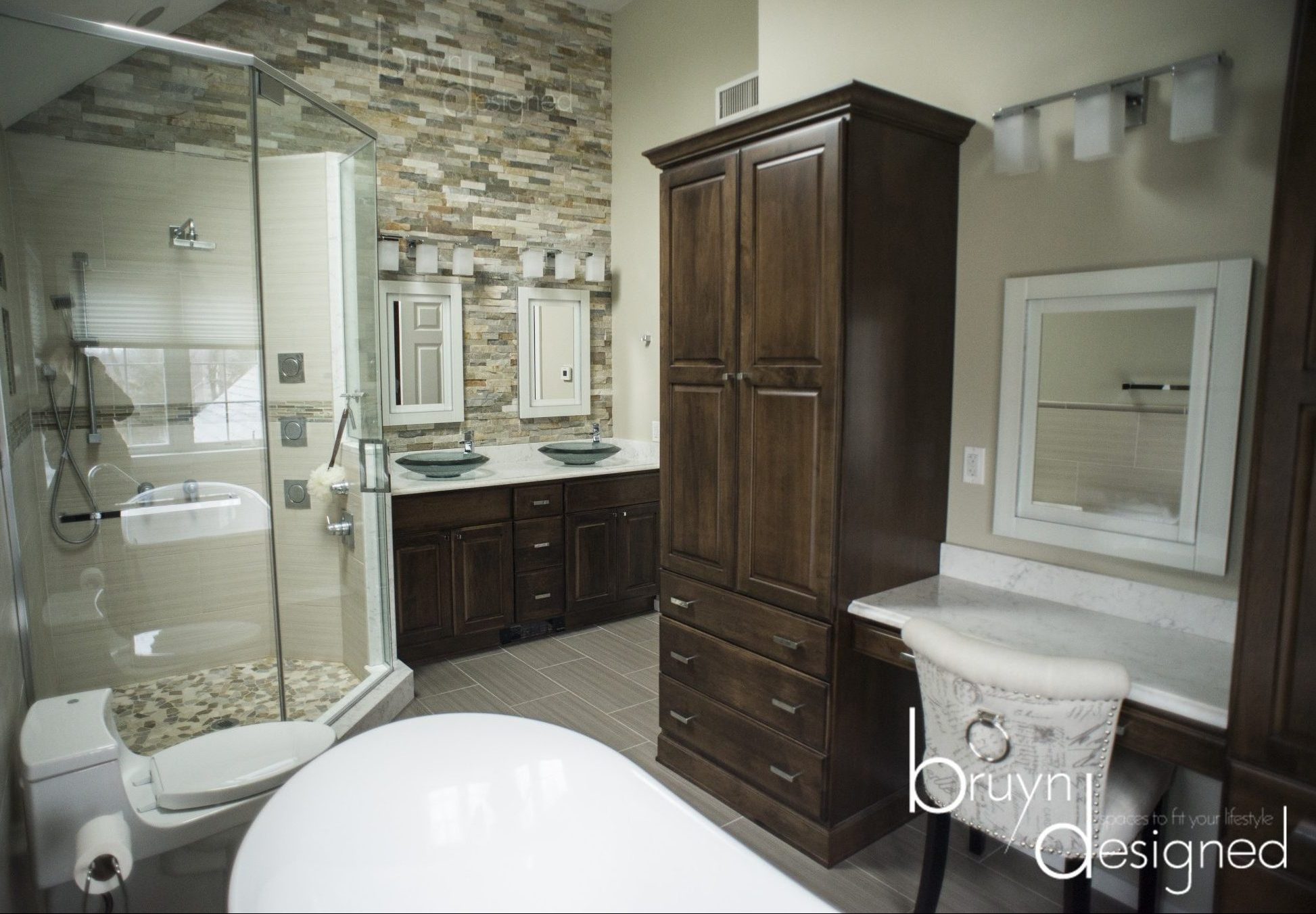 This client was initially referred to me by a contractor who I had worked with in the past.  When I met with them, they were looking to upgrade their existing master bath and common bath, which were original to the house and which were 25+ years old.

The original master bath was quite large, and had a vaulted ceiling and corner windows already, but the basic builder Jacuzzi tub and small shower along with the single vanity didn’t do justice to the existing architecture of the room.  In speaking with the client, there were a couple of design requirements.

For starters, they wanted a larger shower and a smaller useful tub. In addition to bathing, his and her sinks and a dedicated makeup desk.

We began by removing the large footprint Jacuzzi tub and installed a freestanding slipper tub in its place. Framed by the windows, it showcases the new tub and is the focal point of the room as you enter.

The original vanity was overly long, and there was a full height divider wall between the vanity and shower. We removed the original shower and increased its footprint by approximately 10 square feet.

The vanity was reduced in width, but reconfigured for two sinks.  With the removal of the Jacuzzi tub, we gained space on the opposite wall, which was sized perfectly for two linen cabinets and a makeup area.

Architectural enhancements include a custom frameless shower enclosure, which helps to open up the spacial feel, and using a stone tile accent wall behind the vanity and makeup area help to define those spaces. Glass vessel sinks were used to help showcase the luxury feel of the space.  The common bath was redone in many of the same design aesthetics, to create a uniformity between the two baths.

The individual design touches, along with luxury fixtures help to move this room from Blah Master Bath to a room worthy of being called a Personal Spa. 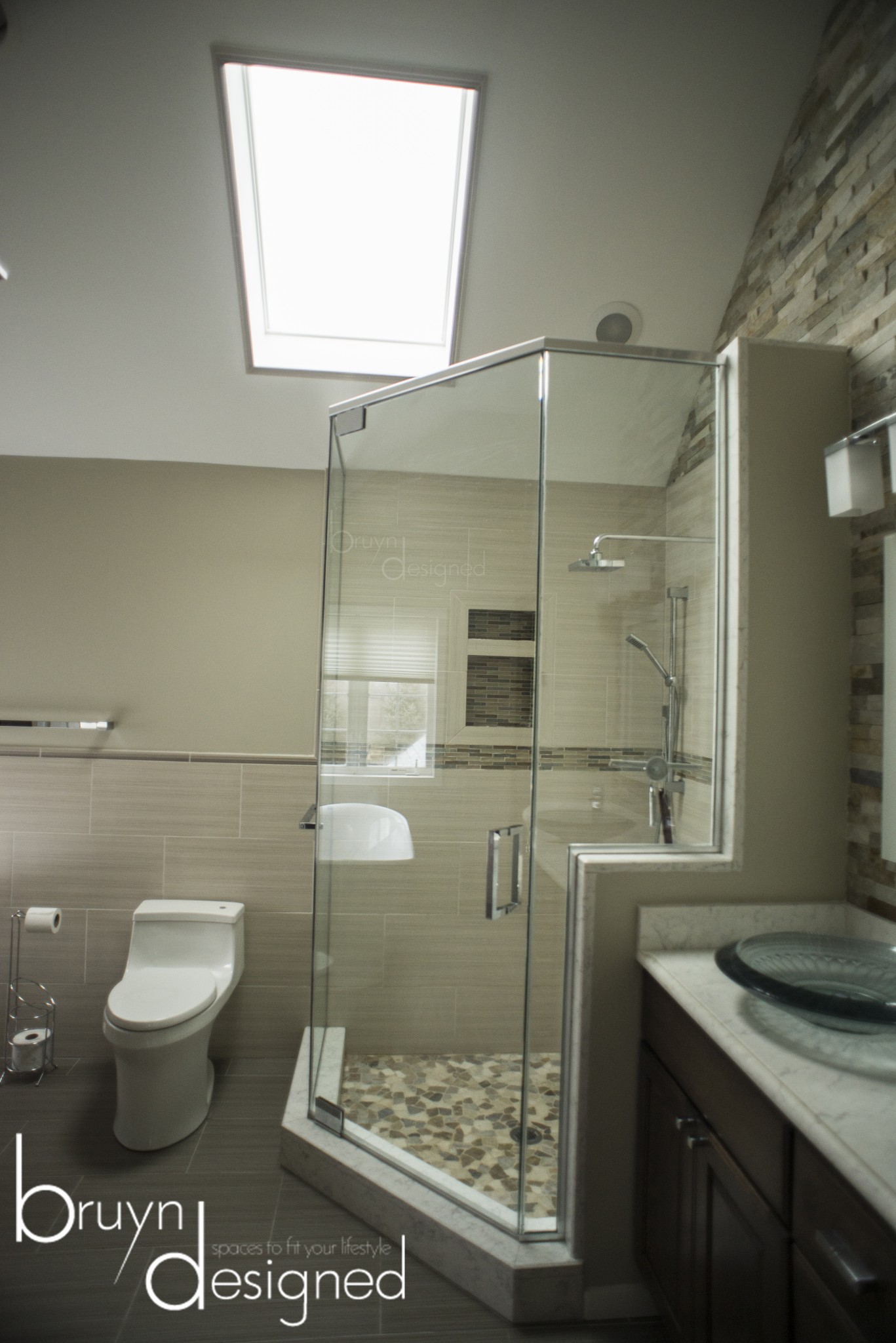 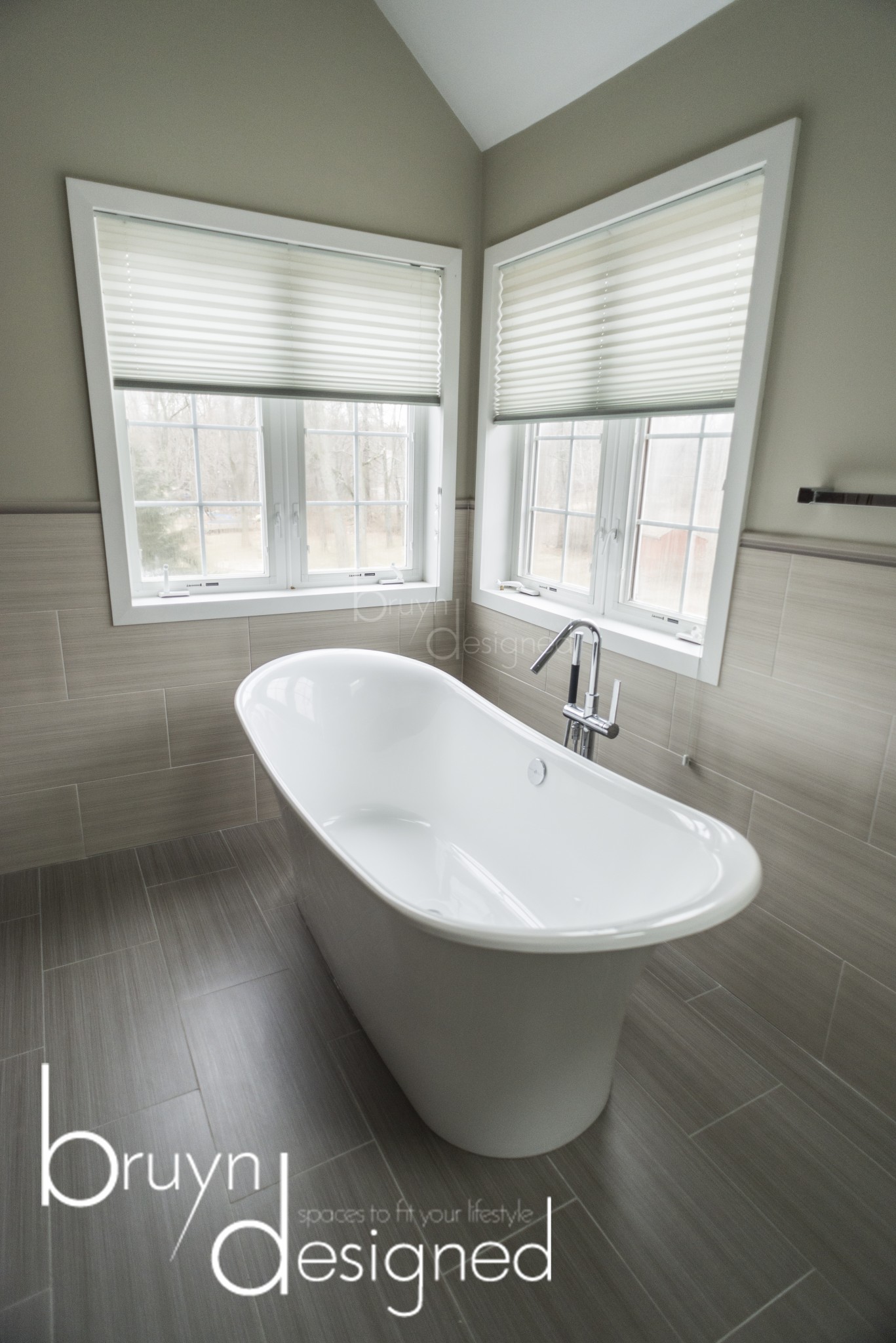 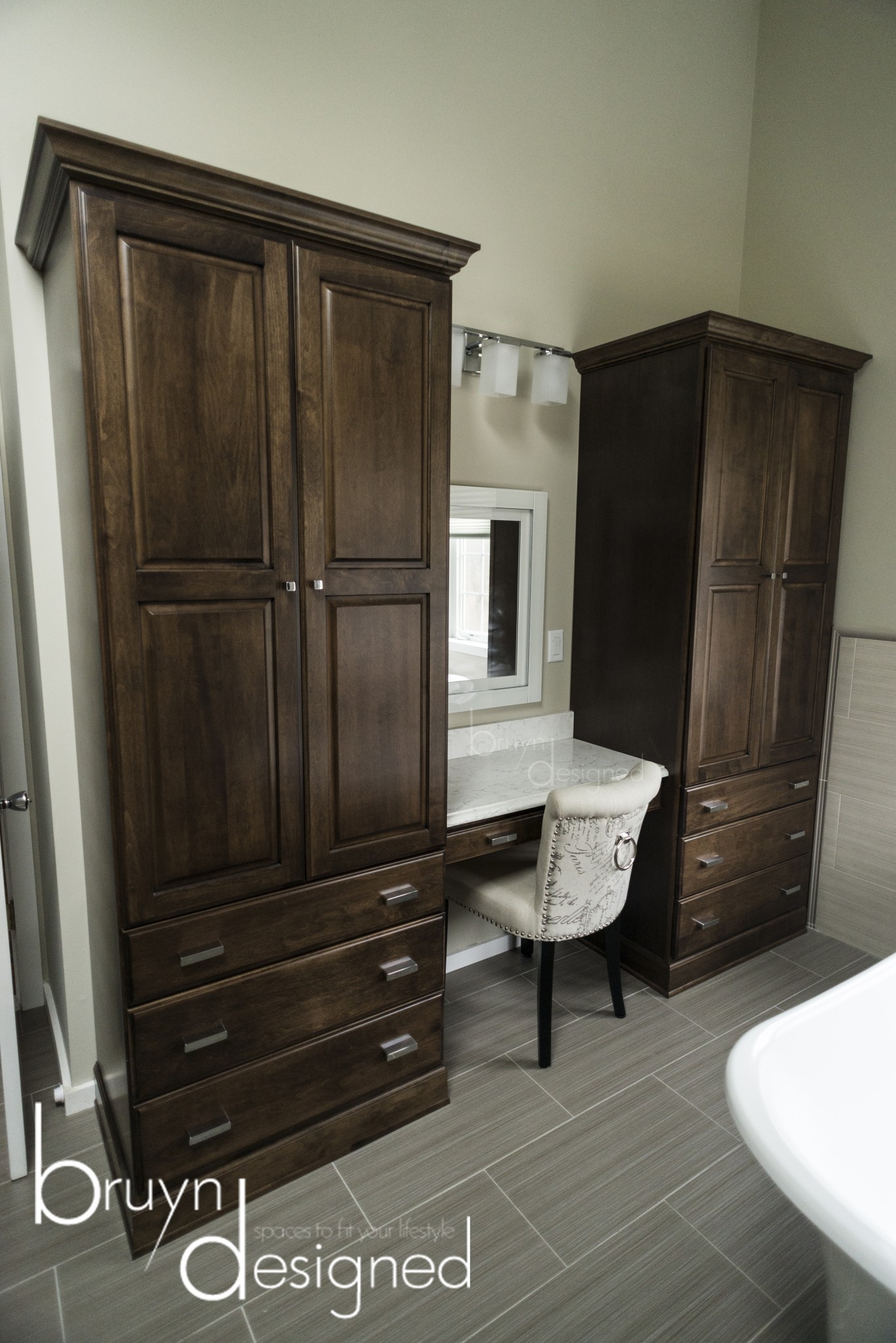 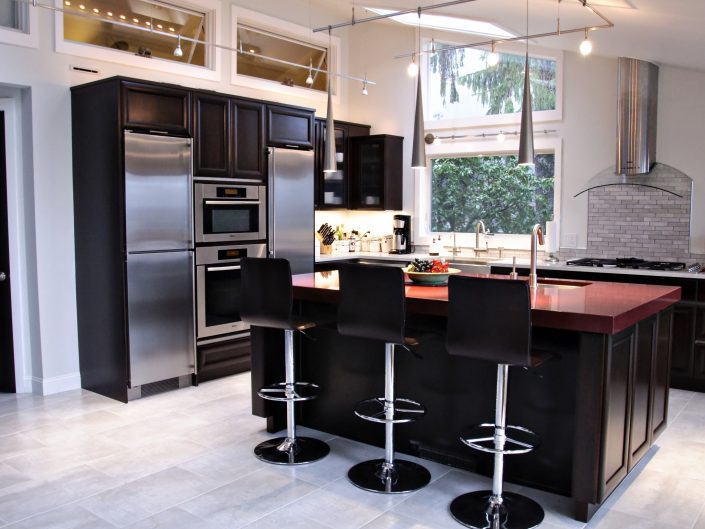 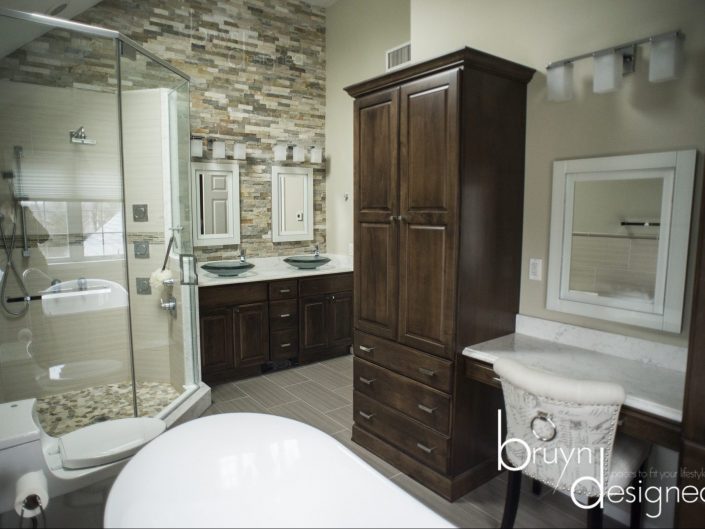 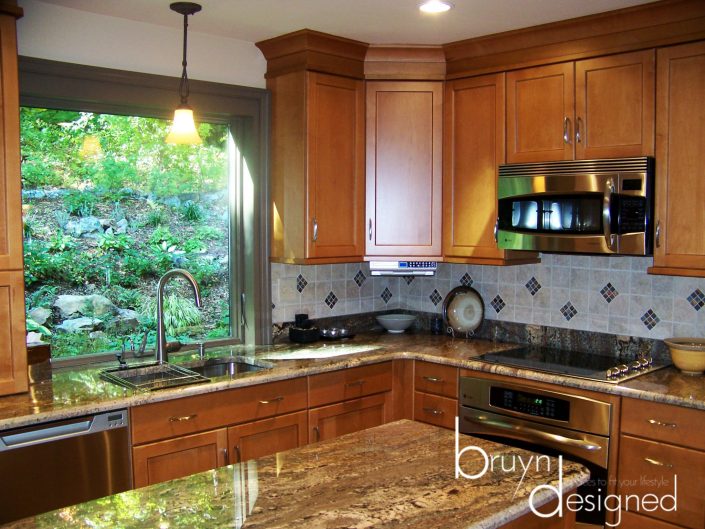 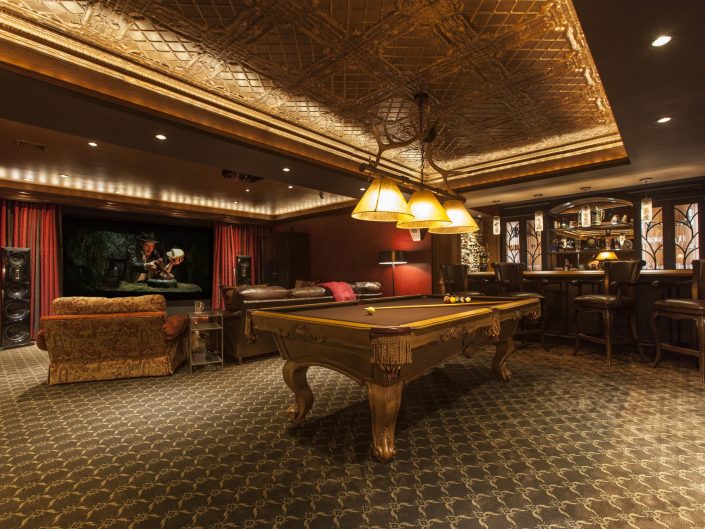